The stamp of ASME certification denotes high performance capabilities for engineered components around the world. Tested and certified according to the research and standards of the American Society of Mechanical Engineers, these mechanical assemblies, systems, and structures bear the weight of the toughest jobs and highest expectations. In addition to providing services as a professional association supporting engineering practice and allied sciences, the American Society of Mechanical Engineers maintains ASME codes and standards for equipment.

Since its founding in 1880, ASME has grown as a multipurpose organization: it is at once an engineering society, a standard-governing organization, a research and development authority, a lobbying organization, a source of training and education, and an active nonprofit. ASME and its standards are both multidisciplinary and global, with members in 158 countries.

In addition to standards governing flanges and fittings, ASME’s 600+ codes and guidelines cover:

It’s ASME’s goal to not only institute useful standards and regulations for the sake of consistency, but to provide industry best practices that result in operational, safety, and overall cost benefits for users at all levels.

One of the most useful standards governing ASME Certified flanges, ASME B16.47 – 2011, applies explicitly to large diameter steel flanges of NPS 26 through NPS 60 metric/inch. It covers standards, evaluations, requirements, and recommendations for characteristics including:

The remainder of the ASME B16 series of standards is also useful for flange applications, as are the B31 piping codes and the B&PVC, or Boiler and Pressure Vessel Code. With a range of designs, different ASME Certified flanges offer specialized support in covering, closing, and connecting industrial pipe systems. The six most common designs include:

ASME research, development, and certification sets a high bar for strength, durability, and performance in a wide variety of industries and applications around the world. ASME Certified Flanges are critical in countless systems, such as:

To learn more about ASME Certified Flanges, or to find out about custom flanges fabricated to meet particular job specifications, reach out to a Coastal Flange specialist today. 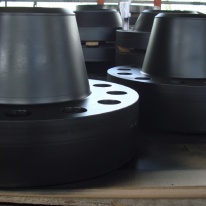 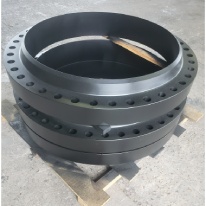 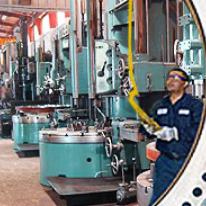 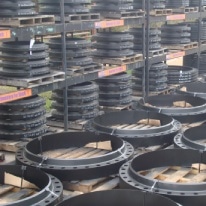 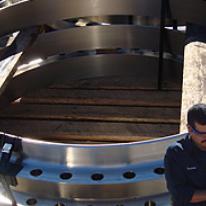 Ready to get started on your project?